Had drones existed in the early 1900s, or any aerial photography been attempted, the view over Campbeltown would have been truly incredible. Granted, the billowing black smoke which poured out from the long, brick coal chimneys and mingled with the gentler and more fragrant smoke of the peat kilns would have made the view obscured; but consider a lull in production, or perhaps a balloon over on Sunday (as workers attended one of the many churches built by distillery owners) the town would have looked like one giant whisky-making factory.

Campbeltown is a quite remarkable place - perhaps the most ‘Island-like’ town on the mainland - perched at the natural harbour at the end of the Kintyre peninsula. It is arguably a terrible place for a distillery to exist – accessed by one long, meandering, but quite beautiful, road. In the past it was the reliance on shipping - now sporadic at best - that kept the flow of goods and people in and out. Yet whisky, in its infinite peculiarities, cares nothing for ease of access - Islay, accessed by a ferry terminal some 30 minutes’ drive North of Campbeltown, is an even greater hurdle for distillers - and yet it thrives like no other island on Earth.

Whisky really has no rhyme or reason for its success. Modern or old traditions, proximity to coast or surrounded by hills - no one truly knows what makes a whisky special. But certain areas are special, and their whisky invites in the drinker. Campbeltown is such an area. Once boasting over 25 distilleries it now has three - but not for long. The once ‘Capital’ of the whisky world is experiencing a renaissance it hasn’t known for over a century, with the birth of the Dál Riata Distillery.

Located on Kinloch Road, the Dál Riata Distillery accompanies a bottling company called South Star Spirits. With a capacity of 850,000 litres of pure alcohol per year

The directors are Iain Croucher, Ronnie Grant and David Stirk who all bring their own unique skills.

Utilising local barley grown at Dunadd Hillfort, which was the capital of the ancient kingdom of Dál Riata, will allow us to produce single malt scotch whisky with traditions and styles consistent with whiskies distilled and matured on the Western Seaboard.

If you would like to keep in touch, please sign up for further information as we get it. 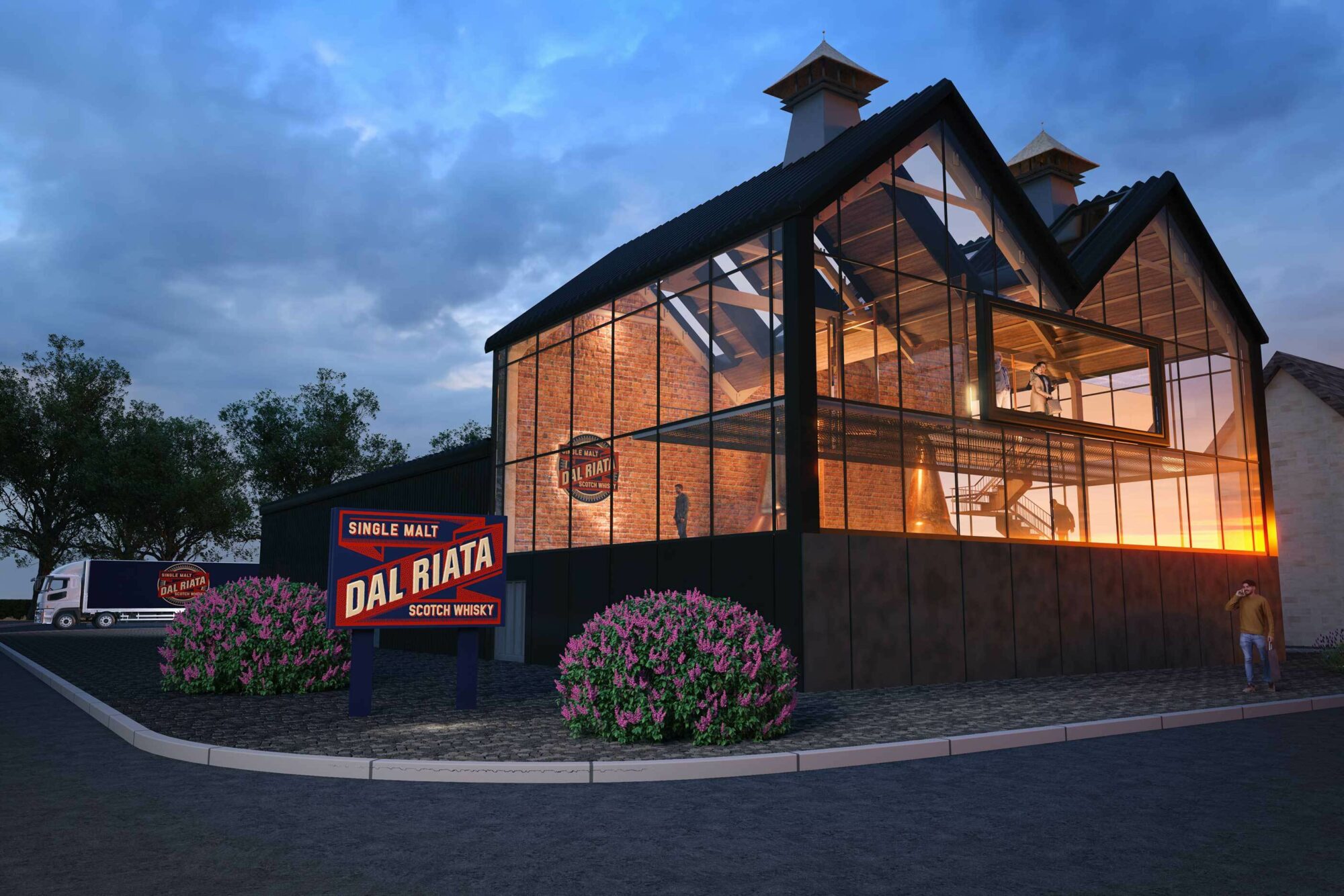 Please confirm that you are over the legal drinking age in your country.